From 1898 a lot has changed within the motorcycle world, but the legacy and inspiration Norton has given to many of us is immeasurable. What started as “fittings and parts for the two-wheel trade”, led to the “The Unapproachable” and became a huge part of British motorcycle history as we know it.

In 1907 Norton won the first TT with fitted Peugeot engine with single speed, no gearbox, no clutch, and very questionable breaks- but hey, that is how legends are born!

Just a year later the company presented its first engine- Big 4, side valve single. By 1909 you could’ve buy yourself a Norton Motorcycle in Harrods!

In 1949, over 20 years after Pa Nortons death, the big bang hit the motorcycle world! Self- taught brothers Rex and Cromie McCandless introduced their legendary featherbed frame, an innovative new frame with a swinging arm fitted with vertical hydraulic shock absorbers from a Citroen car.

Shortly after both brothers started working exclusively for Norton. At the time Featherbed was considered the best handling frame that a racer could have- understandably!

By 1951 the Dominator and other Norton Cafe Racers were available with the Featherbed frame and its success meant that demand for more traditional frames rapidly diminished.

Introduction of the Featherbed in 1950s helped Manx Norton dominate the twists and turns of the isle of Man track, such that by the end of the 1952 season, Geoff Duke riding for Norton, was the world champion in both the 350cc and 500cc classes and was awarded the OBE (The Most Excellent Order of the British Empire).

In 1989 Norton made a return to racing when Steve Spray won the British Superbike Championship on the all-black JPS bike, a victory repeated in 1994 by Ian Simpson on the Duckhams Norton.

In 1992 Steve Hislop, on an ABUS Norton, defeated Carl Fogarty, riding a Yamaha, to win the Isle of Man Senior TT, recording the first victory for a British bike for almost 30 years!

In 2012 Norton returned to race the TT with the SG1 and after years of development would eventually claim the title as the fastest British bike at the TT with a time of 131.745mph with Josh Brookes piloting the SG7 in 2018 and finishing 5th in the Senior TT.

Our Dominator came to us few months back in stunning condition! She is all you could ask for Café Racer- Smooth, fast and she is an absolute legend of a bike! We adored her from the moment she came to us and soon you too will be able to meet that Old Lady in our shop! 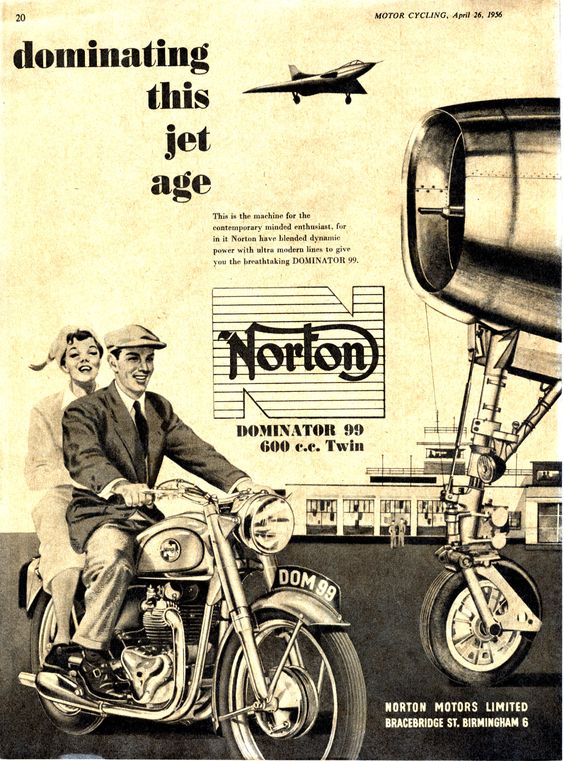